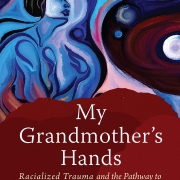 Book Review: My Grandmother’s Hands: Racialized Trauma and the Pathway to Mending Our Hearts and Bodies by Resmaa Menakem

Written by student intern Zoe Avery. Zoe is currently attending University of Louisville for Couples and Family therapy and has a bachelor’s degree in English Literature from Murray State University. Learn more about her work on our staff page.

In light of the recent racial upheaval our country has faced in the last several years, racial trauma has become a focus for many therapists and their clients. As we continue to research and gain an understanding of the role race plays in trauma, we must also consider how to process this trauma, which may be held differently.

In “My Grandmother’s Hands”, licensed social worker and practicing therapist, Resmaa Menakem, explains how racial trauma can be passed generationally, and how we carry the burden and pain of our ancestors within us. The key to unlocking this deep seated trauma and moving forward lies not only within our mind, but within our bodies, as well. Menakem introduces an understanding of generational racial trauma through a body focused approach, addressing where this pain is stored within us.

While others have written wonderful books about racial and generational trauma, Menakem’s book stands out with its intentional focus on the impact of racial trauma not only for racial minorities, but for white Americans too. Menakem brings a new perspective to the discussion by proposing that a key component to dismantling white supremacy in the U.S. may be recognizing and healing the generational racial trauma that white citizens may carry with them.

This book provides activities that promote self-reflection and healing, helping guide the reader through some of their own processing, reminding us that reading such heavy material is a journey in itself, but one that leads to positive growth and change if we let it.

Interested in purchasing the book from a local seller? See availability at Carmichael’s here. 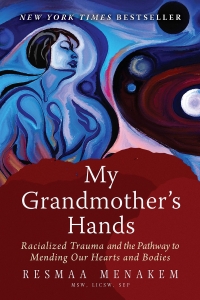 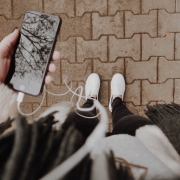 Here are some podcast recommendations that deal specifically with religious trauma:

1.The Bad Christian Podcast: “asking questions and challenging evangelical Christianity and have found the same problems widespread across cultures where authenticity is low and desire to control people and their behavior is high.”

2. Can I Say This At Church Podcast: “A weekly podcast dealing with honest and open questions about faith in our God and what that means as we as a church wrestle with those questions.”

4. Dirty Rotten Church Kids Podcast: “Millennial dads figuring out life, art, and culture on the other side of the evangelical bubble.”

5. Evangelical Podcast: “Coming to terms with a messed-up subculture, one conversation at a time.”

6. IndoctriNATION Podcast: “A weekly podcast covering cults, manipulators, and protecting yourself from systems of control.:

7. MindShift Podcast: “I am interested in helping people to reconstruct their identities after leaving religion, be it a cult, evangelical Christianity, or any group with undue influence.”

8. Poema Podcast: “Spirituality, creativity, and reclaiming the art of conversation.”

9. You Have Permission Podcast: “A resource for Christians to my right and to my left, as well as former Christians and non-religious folks; anyone who finds themselves asking difficult questions about God, science, prayer, fate, suffering, evangelism, and more.” 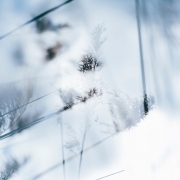 Here are some of the dangerous myths of purity culture:

1. Virginity is a measure of your worth.

So many women, both friends, and clients have told me some variation of the story of their sex education. In a large assembly, a woman or girl’s virginity is compared to a flower. The flower gets passed around from person to person, getting bumped and bruised along the way. By the time the flower makes it up to the speaker, it doesn’t look nearly as pretty and fresh as when it passed through the first set of hands. The speaker then asks, “Who wants this flower?”

The implication is that if you’ve had a sexual relationship with anyone prior to marriage, you are bruised, broken, and less than. This narrative is particularly damaging to survivors of sexual abuse because their abuse is being re-perpetrated while it is emphasized that they are worthless (and worthless) because of a crime that was committed against them.

Moreover, people aren’t flowers. Or chewing gum. Or used tape. (All analogies that have been used!) Sexuality is not a finite resource. In fact (hold on to your hats!), virginity is a social construct. It’s not something that can be held in your hands, measured, or objectively seen in any way. Even the hymen isn’t a good “measure” of virginity, since nearly everyone with a vagina does not have an intact hymen (or vaginal corona) by the time they start menstruating. Otherwise, the menstrual blood wouldn’t have any place to go!

2. Sexuality is a switch that can be flipped.

In purity culture, sexual feelings and responses are rejected as unsafe, unclean, and impure—until marriage. At that point, it’s as if a switch can be flipped, and suddenly the newlywed couple can give and experience pleasure in their marital bed. In fact, often, it’s the exact opposite. If you’ve been told that your body is sinful and bad your whole life, engaging in a healthy, loving physical relationship can feel wrong. This goes for both men and women. Though women, being the recipients of more degrading messages of purity culture, often feel it more intensely. Men and women alike have reported panic attacks after engaging in sex with their spouses for the first time. Some have physical reactions, including hives, vomiting, and even migraines. It’s almost impossible to set aside the myths of purity culture just because of two magic words (“I do.”).

3. Girls and women are responsible for boys’ and men’s sexual behavior.

Much of purity culture puts the responsibility of “purity” on girls and women. They’re told to cover up (from the least extreme examples of covered shoulders, collar bones, and skirts or shorts that are, at minimum, fingertip length; to the most extreme examples of long sleeves and long skirts, even in sweltering weather in which boys and men are allowed to be shirtless and wearing shorts of any length) and remonstrated to “never to put a stumbling block or hindrance in the way of a brother” (Romans 14:13-23). (NOTE: I’m no Biblical scholar, but the rest of that passage talks about how everything is clean in the eyes of God and includes the line, “Whoever thus serves Christ is acceptable to God and approved by men.” Seems to me that there’s a bit of selective listening going on when people quote the first line only.)

The extreme example of girls and women being responsible for boys’ and men’s sexual behavior can be found in the victim-blaming that surrounds women who report sexual assaults by prominent evangelicals, from Jessica Hahn to Ashley Johnson. In purity culture, girls and women are not taught about agency or consent—their bodies are for others’ consumption, not worthy in their own right.

What things were you told about purity culture? How have you seen purity culture play out in your life, or in the lives of others? 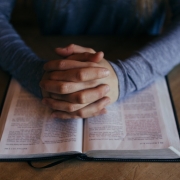 Over the past year, I have undergone specialized training in treating religious trauma. This type of trauma is a kind of Post-Traumatic Stress Disorder (PTSD) that Restoration Counseling defines as “a group of symptoms that arise in response to traumatic or stressful religious experiences.”

Of course, this is not a new thing. The initial writings about it were done in 1993, and the term Religious Trauma Syndrome was developed by Dr. Marlene Winell in 2011.

While religious trauma is not an official psychiatric diagnosis, here are some symptoms:

This is not to say that all religious or faith experiences bring about traumatization. Religious trauma is brought about by Adverse Religious Experiences (AREs). This can be, “Any experience of a religious belief, practice, or structure that undermines an individual’s sense of safety or autonomy and/or negatively impacts their physical, social, emotional, relational, or psychological well-being.”

Some examples of AREs are:

If you have experienced any of these symptoms or triggers, it’s important to find a therapist who is trauma-informed and can understand your experiences. For more information read our previous blog on unpacking religious trauma. 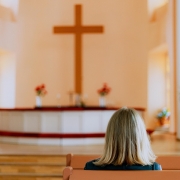 In order to begin to unpack religious trauma, practitioners, as well as clients, must understand three key terms or stages. The emotions associated with these phases can vary, depending on your stance on the issue of organized religion. Here is a basic overview:

For some people, deconstruction leads to deconversion. This occurs when the loose threads are pulled at so much, the entire piece starts to unravel. Sometimes, this occurs because of the reaction of others around them to the deconstruction process.

For example, if I am told that I cannot ask any questions or have any doubts, I am likely to leave the conversation entirely when my questions reach a critical mass. (I even hesitate to use the word ‘conversation,’ because conversation implies that there is a back-and-forth discussion, which cannot happen when one party shuts down the other one completely.)

For others, deconstruction leads to reconstruction. Essentially, this is when the person takes the part of their faith experience that works for them and rejects the parts of their religion that have been harmful. In the training I have completed, practitioners are told that a potential pitfall of reconstruction is going from one controlling, abusive religious group to another. That’s why it’s very important that during the process of deconstruction and reconstruction, people are given appropriate skills to assess the health of any organization, religion, or faith community they consider joining, as well as the skills to build up the disconnect between self-esteem and self-worth.

https://truenorththerapylouisville.com/wp-content/uploads/2021/07/dnk-photo-PdXqqLO6jtw-unsplash.jpg 1500 1000 Jennifer Kendrick https://truenorththerapylouisville.com/wp-content/uploads/2022/08/True_North_Logo_2022-1-1-277x300.png Jennifer Kendrick2021-07-02 14:53:442021-07-02 14:53:44Unpacking Religious Trauma
Medical Disclaimer. The information on this website is not intended to be a substitute for professional medical advice or treatment. All content on this website, including any text, graphics, images, and information, is only for general informational purposes. Please seek help from a qualified medical professional if you are in need of any type of medical care. Your phone call may not be responded to within 24 hours. If you need immediate help, please call the 24-hour Centerstone Crisis Line at: 502-777-7525.