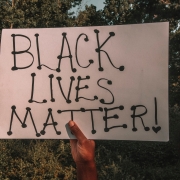 Time to Wake Up! Protecting our Black Youth from Racial Profiling

“Racial profiling is a longstanding and deeply troubling national problem despite claims that the United States has entered a “post-racial era.” It occurs every day, in cities and towns across the country, when law enforcement and private security target people of color for humiliating and often frightening detentions, interrogations, and searches without evidence of criminal activity and based on perceived race, ethnicity, national origin, or religion. Racial profiling is patently illegal, violating the U.S. Constitution’s core promises of equal protection under the law to all and freedom from unreasonable searches and seizures.” –ACLU

I grieve for George Floyd and Breonna Taylor. Few of us can imagine the horror that they experienced in those last moments as they were murdered by the people who took an oath to serve and protect them. I grieve and I am disgusted. I want to do something!

As a Social Worker and owner of an agency that focuses on serving and protecting our black youth, I believe that I have been sleepwalking. Most of us have. I hear stories and read accounts of young black men being stopped and handcuffed for bogus traffic stops simply because they were black. Our young black men in our community do not feel safe! They live in constant fear of being stopped by the police. Imagine, if you can, how oppressive that is. It is emotional abuse! The young black men that I work with suffer from this oppressive fear. They feel it every day as that they walk into or drive into the community.

The fear of racial profiling is traumatizing our black youth, and we must wake up and reignite the passion that will end it once and forever.

Here’s an important name: Tae-Ahn Lea. Tae-Ahn was the teenager that was stopped in June of 2019 (a year ago) and detained in handcuffs while his car was searched for 1 ½ hours for drugs. He is suing the Police Department. Here is part of that document:

“Tae-Ahn Lea is an honors graduate from Central High School. He was the homecoming king, has no criminal history and upon graduation became employed with a well-respected local car dealership. Tae-Ahn, however, also happens to be black, live in a low-income neighborhood, and drive his mother’s fairly new vehicle. He was thus the perfect target for members of the Ninth Mobile Division of the Louisville Metro Police Department who, throughout the past two years in Louisville, have employed a discriminatory, prejudicial, and illegal stop and frisk practice in which “violent crimes” units use traffic stops as a pretext for pulling over young black men driving nice cars, handcuffing them and subjecting them to abusive, racist, and intrusive searches without consent, good cause, or reasonable suspicion of any criminal activity.”

Time to wake up! Time to do something! Young black men in our community need our help! They need my help. As an agency, we will be investing time, work, and money to stop this illegal practice! We cannot do everything, but we can do something! It’s time to be a change agent! It’s time to end racial profiling!

https://truenorththerapylouisville.com/wp-content/uploads/2020/06/maria-oswalt-pyPm6ofHI6I-unsplash-scaled.jpg 1808 2560 Mark Neese https://truenorththerapylouisville.com/wp-content/uploads/2022/08/True_North_Logo_2022-1-1-277x300.png Mark Neese2020-06-11 15:01:182022-08-24 17:03:37Racial Profiling and Our Youth
Medical Disclaimer. The information on this website is not intended to be a substitute for professional medical advice or treatment. All content on this website, including any text, graphics, images, and information, is only for general informational purposes. Please seek help from a qualified medical professional if you are in need of any type of medical care. Your phone call may not be responded to within 24 hours. If you need immediate help, please call the 24-hour Centerstone Crisis Line at: 502-777-7525.