I watched a lot of PBS in general when I was a kid, and I loved Mr. Rogers. One of the great things about Mr. Rogers is that he really normalized feelings for kids. Too often I have seen parents treat their children as “little adults,” not understanding that we are not born “knowing how to behave.” Nor are we born with an emotional (or any) vocabulary. When children have a toy taken from them by a peer or sibling and hit, it’s often because they don’t have the vocabulary to express their feelings. Having a parent or caregiver label their feeling for them, and provide the alternative, preferred behavior, can make a huge difference in shaping a child’s future interactions with their peers.

Sarah takes John’s toy. John gets red in the face, screams, and hits Sarah before taking his toy back. Mom sees John hit Sarah, and goes over and grabs him up, perhaps hitting him with an open hand on his backside. John escalates, and is now having a massive tantrum. Sarah is crying, John is crying and screaming, and Mom is sweating and wondering what’s wrong with her kid that he would just hit another sibling. The next time Sarah takes John’s toy, he hits her again, and the events unfold the same way.

Sarah takes John’s toy. John gets red in the face, screams, and hits Sarah before taking his toy back. Mom sees John hit Sarah, goes to him, and calmly says, “No John. We have nice hands.” She removes him from the situation, still calm. When he has calmed down, she labels his feelings for him: “John, you were mad that Sarah took your toy. I knew you were mad because you got red in the face and your hands made fists.” He is able to go back to playing with Sarah, because he’s not crying, Sarah’s not crying, and Mom is calm. The next time Sarah takes his toy, John yells, “No!” and Mom can intervene before the hitting starts.

For some people, this may seem like “hippy dippy nonsense.” However, it’s important to be able to label kids’ feelings for them accurately, respectfully, and calmly. I remember attempting to label a 4 year old’s feelings as “mad,” and having them correct me with, “I not mad. I FURIOUS!” Of course I was able to accept that correction (I am, after all, The Therapist, so I’m used to this and have had lots of practice), and agree with them that, yes, indeed, they were furious.

To understand the necessity of accurately and respectfully labeling kids’ feelings, it’s important to see an example of unhealthy parenting. Imagine that a 3 year old child is misbehaving at a grocery store. Maybe he’s hungry, tired, or just wants Mom’s attention. Mom gets down in the child’s sight line and while holding his arm painfully hard, smiles and says, “You are going to be in so much trouble when you get home.” When they get home, Mom’s behavior escalates (now that they’re away from prying eyes), and she yells at him, insisting that SHE’S NOT MAD as she shakes him and tells him that “He ruined their nice day!”

So. Here we have a few things:

If nothing changes, this kid will grow up to be someone who is out of touch with his feelings, who responds quickly to any perceived threat with either fear or anger (inward or outward directed behaviors), or who treats his own child the same way.

A final word on letting kids feel their feelings…

One of my least favorite things to hear is an adult telling a child not to cry. Refusing to allow someone to cry is a sign that (as Mr. Rogers says), the adult is too uncomfortable when the child shows their feelings. I would much rather we tell children that it’s okay to be sad, mad, happy, confused or anxious. What matters is the choices we make about our behavior when we’re feeling those emotions. 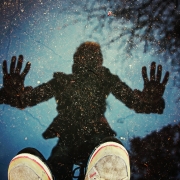 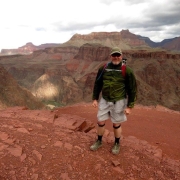 What’s Wrong with My Teenager? 2 Things Every Child Needs to Learn How is Your Health?
Medical Disclaimer. The information on this website is not intended to be a substitute for professional medical advice or treatment. All content on this website, including any text, graphics, images, and information, is only for general informational purposes. Please seek help from a qualified medical professional if you are in need of any type of medical care. Your phone call may not be responded to within 24 hours. If you need immediate help, please call the 24-hour Centerstone Crisis Line at: 502-777-7525.

The Hurried Child –Are We Creating a Generation of Anxious Children? 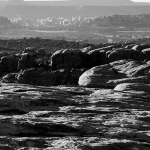 The Unpopular Notion of Self-Denial
Scroll to top